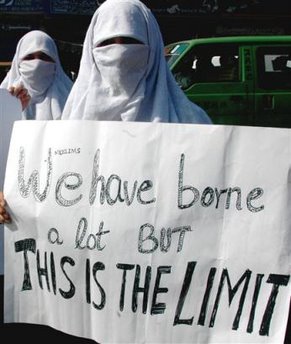 But this. This is the limit. The publication of a few cartoons has really pushed them over the edge.

One of religion's benefits to the faithful is helping keep basic priorities straight. Thank Allah for that.