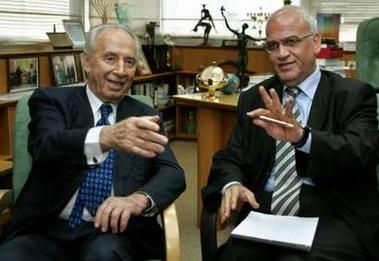 Saeb smiles knowingly as Shimon reaches delightedly for his pen, the always-reliable "slip Shimon's pen from his breast pocket while he is coughing" trick having succeeded yet again in distracting the old buzzard from that annoying negotiating ploy about the so-called "right to fully-funded Peace Centers".