Shot in the Arm

Palestinians alway appear keenly aware that their publicity jihad could use another shot in the arm: 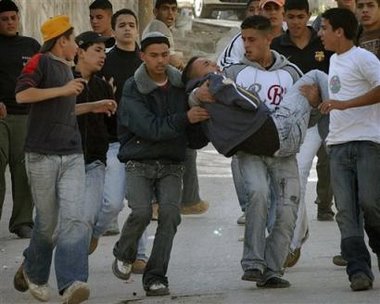 Dude! Put me down, I can walk! I just got shot in the arm, not the kneecap!
Chill out and stop squirming or I'm gonna drop you.
Hey! Easy, owwww, you're hurting my arm!
That's it, keep yelling. The camera loves that anguished look. Can you turn your face a little more towards Mohammed?