Gail at Crossing the Rubicon2 had a post a few days ago in which even her side observations were gems of inspiration for me.

I particularly liked the image she created of a "barrel full of Michael Moore, a box of Twinkies and 10 hungry toddlers" -- I could imagine that as a kind of competition or race. I started wondering who would win. What if Michael Moore and ten hungry toddlers really were lined up and a few twinkies laid out at the finish line? Would Michael Moore's superior appetite and experience be enough to beat out the hungry little tots? Or would the toddlers swarm the bigger, slower film-maker's bulk and steal the Twinkies right out from his gaping maw? 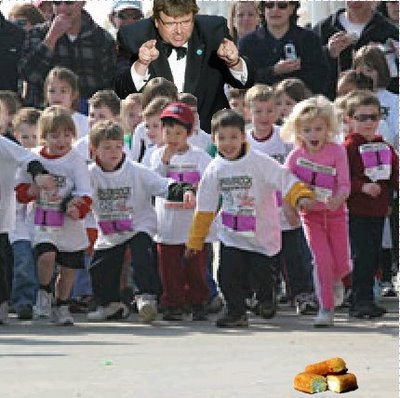 Then I started wondering about some other contests.

Jimmy Carter and Cindy Sheehan mud wrestle for the rights to be interviewed by Janeane Garofalo, live from Haditha on "Whitewash Day" when the results of the US military's massacre investigation are officially released. 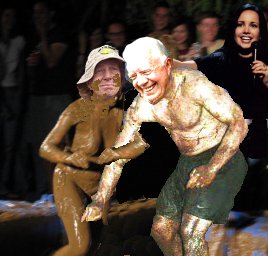 How about a race between between US Congressman William Jefferson (D. La.) and Palestinian Foreign Minister Mahmoud "the Wart" al-Zahar (H. Gz.) to see who will be the first to claim a suitcase stuffed with cash in small unmarked bills. 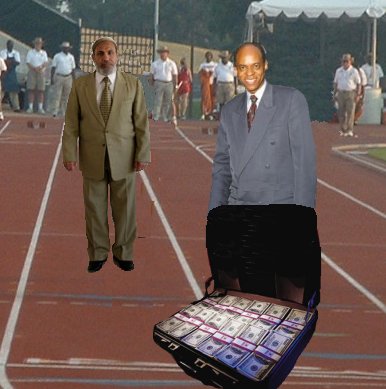 They're probably all too close to call, but that's what makes it so much fun.