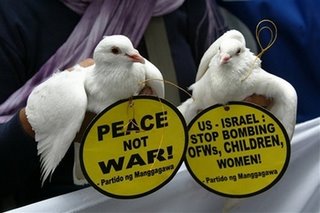 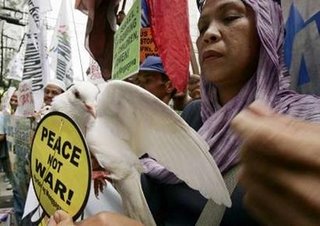 A woman holds a dove during a protest about Israeli attacks on Lebanon outside an office building housing the Israeli embassy in Manila August 3, 2006. REUTERS/Darren Whiteside (PHILIPPINES)

A final dove intended to carry the message that Hizballah should also cease bombing Israeli civilians was, in the end, not needed. The doves were later sacrificed on a symbolic altar of peace and their deaths blamed on Israel. Israeli spokesmen expressed regret for the birds' deaths but cautioned that an investigation into the IDF's responsibility was not yet complete.