Inspired by the "purple fingers" of Iraq, Hamas makes its own post-election play for attention: 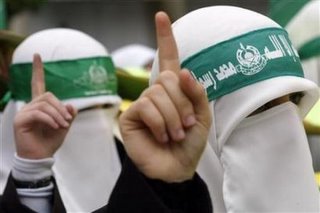 Veiled female members of the Islamic movement Hamas march during a rally in the West Bank city of Tulkarm, December 16, 2005. (Mustafa Abu Dayeh/Reuters) 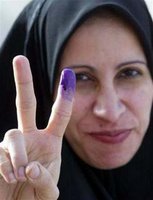 Purple declares: "I voted!" The clean finger says, at least symbolically: "I voted, early and often."

Which goes along well with images of party rallies bristling with armed masked men and rocket launchers. Kind of like the Iowa caucuses. Savvy imagery indeed. 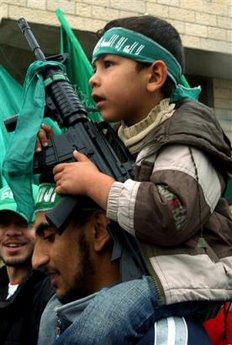 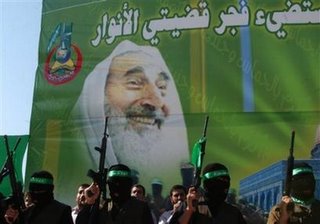 ** NOTE: AP wants us to know that the last two pictures are only showing rallies with plastic rifles, which gives me a much stronger democracy high than if I believed Hamas members were actually running around with real rifles.