Elderly Palestinian Protests By Sitting on His Ass 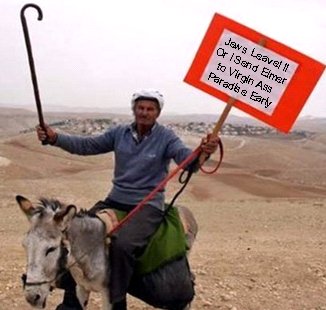 An elderly Palestinian man protests against the controversial Israeli barrier near the village of Sawachra November 19, 2005. Israeli troops on Friday shot dead a Palestinian in the West Bank who the army said had a bomb and intended to blow up the soldiers' vehicle. REUTERS/Mahfouz Abu Turk, (click picture for conventional, unenhanced original)

Please Note: No donkeys were harmed in the production of this post...at least not yet.