Hamas Campaign: Arafat is Dead, Get Over It! 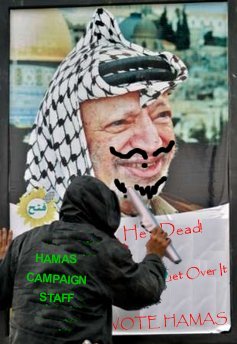 One has to wonder, at what point do Palestinian Politicians grow tired of trying to ride the same rotting corpse into office, again and again.

And yes, I changed the picture, but only a little.